To achieve the Sixth Form Charter, there are six core areas that pupils must focus on during their two Sixth Form years. A significant emphasis is placed upon independence and ownership and pupils are expected to oversee and manage most sections of the charter in their own time. 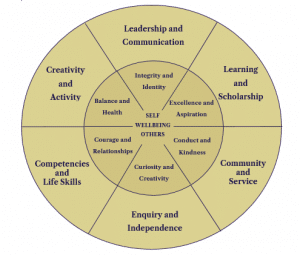 Assessment of the charter takes the form of an end of year interview with one of the Sixth Form team. Successful completion is central to transition to university and further career path. We live in an era of growing challenges and competition; young people need to do all they can to arm themselves with the skills, knowledge, attributes and personal qualities that will allow them to flourish and succeed, first and foremost as individuals, but also in whatever they choose to do after they finish Bancroft’s.