The Mayor and officials of an undistinguished provincial town, which is overrun by corruption, hear they are going to be visited by a government inspector who is travelling incognito.  They mistake Khelstakov, an impoverished newcomer, for the inspector and pull out all the stops to impress him.  Khelstakov is swift to take advantage of the town’s fawning hospitality.  Gogol’s work puts the corruption of a small town under the microscope, and Bancroft’s students were adept at conveying the paranoia of the town’s officials, maids and civilians.

As the Mayor and Khelstakov respectively, Martha Grimsell and Kyrill Borzenko-Yeremenko held much of the show – while the Mayor was hilariously incompetent, desperately sycophantic and harshly vindictive, the Inspector was increasingly (and comically) flagrant in his exploitation of the town’s corruption.  They were supported by a talented young ensemble cast.

With a splendid period set designed by Aaron Whitbread and a marvellously surreal twist on the original ending, which in defiance of the otherwise respectfully rendered 1830s’ setting involved a rotary telephone planted in the audience, this truly was an inspired and side-splitting evening. Well done to all members of the cast, backstage crew and also Dr Alistair Mill and Mr Rob Young for an inspired production. 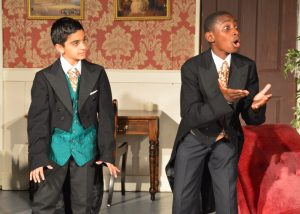 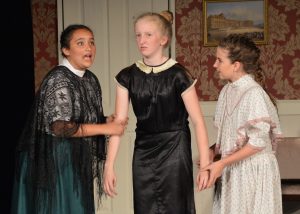