Appointed by the Drapers’ Company

He joined the Royal Household in 2005 to lead the Department that is responsible to The Queen for the delivery of State Ceremonial and other events, retiring from that post in 2019.

A Draper since 2017, Andrew serves on the Charities’ Committee and as a Court Assistant, becoming a Governor to the School in 2022.

Andrew is married to Ros, a former Head of a Lower School in Gloucestershire and presently a School Governor there. They have two adult sons, both married with children and both solicitors in London. 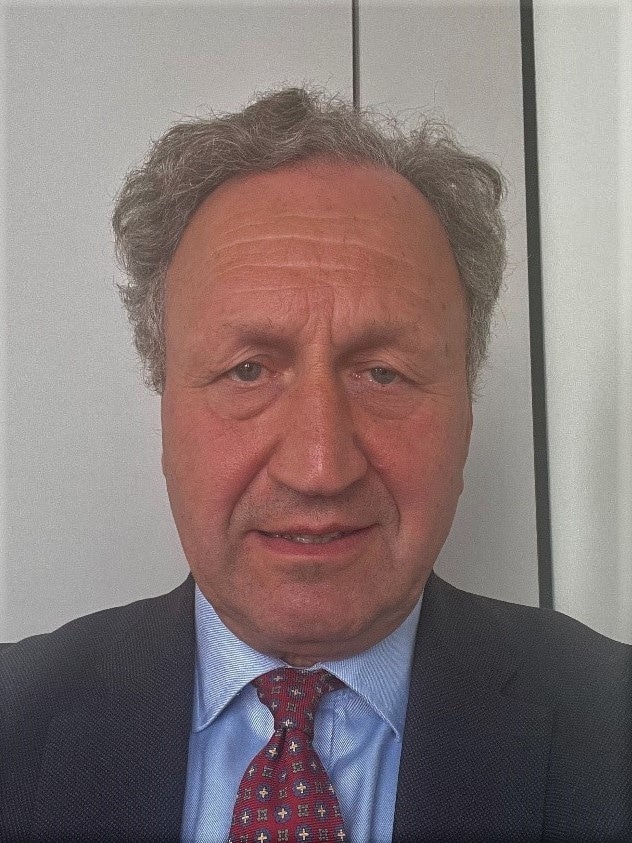 An entrepreneur, Barry left accountancy to develop businesses in fashion retail; wholesale; manufacturing; leisure and property. A Draper since 2008, he has served on the Company’s Charity committee and was a founder member of the Textile Working Group where he has led several initiatives to support young people’s career ambitions within the garment industry. He was admitted to the Livery in 2011.

He has mentored students and has given lectures in the business of fashion at The Drapers’ Academy; Southampton Solent University and St Martin’s School of Fashion.

He was appointed MBE in 2011 for services to the fashion industry and awarded honorary Doctorate of Design by Southampton Solent University in 2014. He has spoken twice at House of Lords committee rooms on the subjects of crowdfunding and manufacturing.

Married to theatre lighting designer, David W Kidd, he has lived in Woodford Green for 10 years. 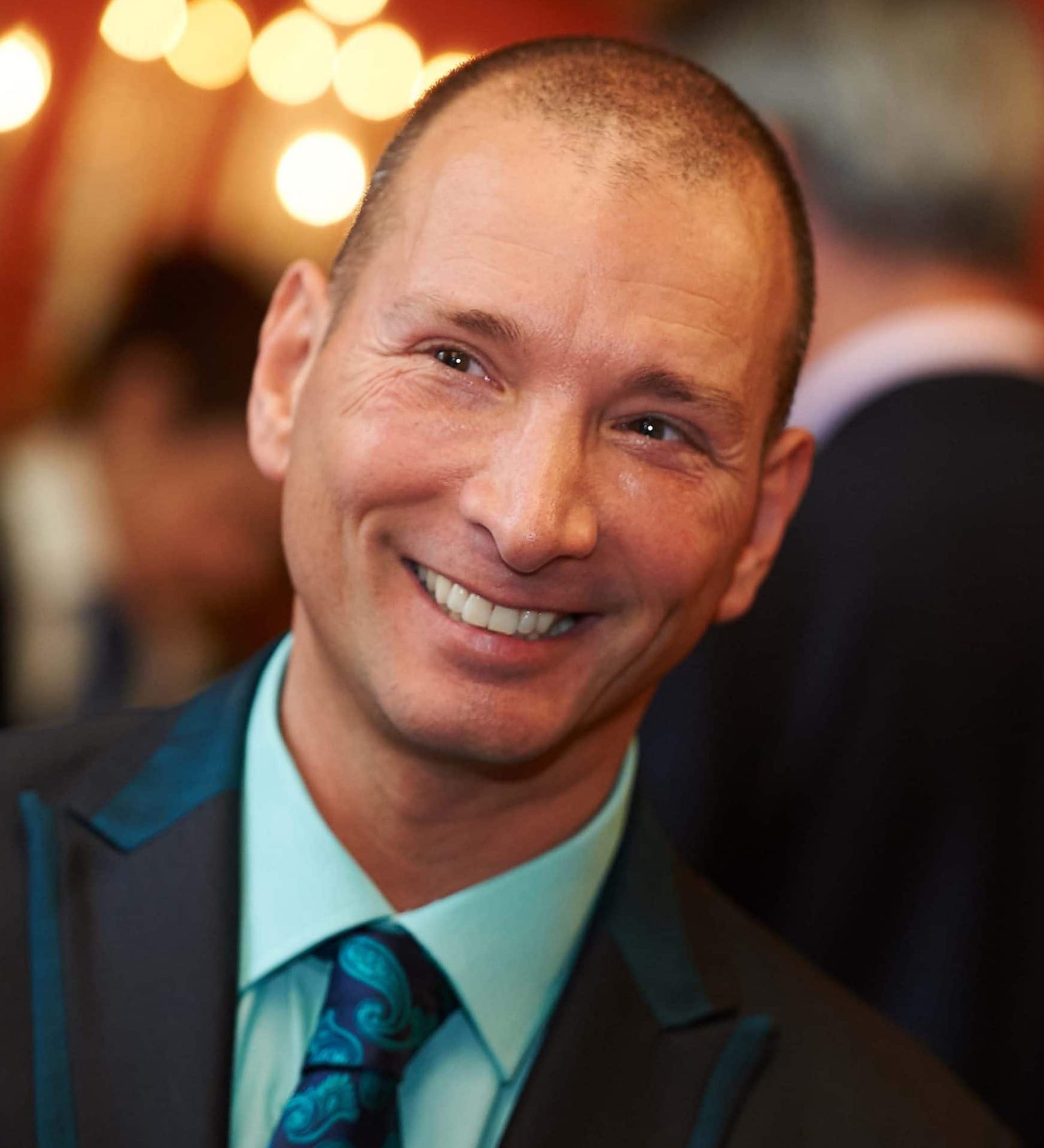 Having been admitted into the Drapers’ Company, he was appointed as a Governor to the School in 2018 and is a member of the Estates Committee.

Richard attended Bancroft’s between 1972-1979. He is married to Susan and they have two children. They live in Woodford Green. He enjoys sport, music, art and messing around with old cars. 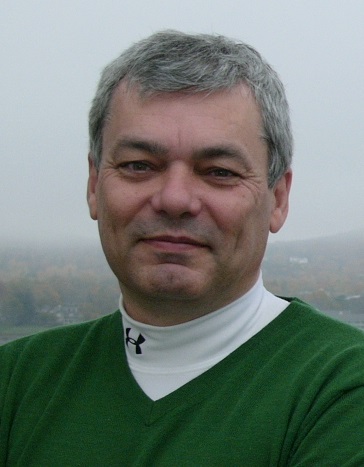 After twenty years within the Investment Banking industry, James has spent the past five years building and running his own regulated investment advice businesses, both in Hong Kong and, now, in the UK. Having spent most of his career advising Pension Funds on their equities asset allocation, James is now particularly enjoying helping start-up and early stage companies develop innovative financing models, at various points along their strategic pathway. James is a Fellow of the Chartered Institute of Securities and Investment.

His interests include hill walking, particularly on the Welsh borders where he grew up; crime fiction in translation; and the counter-cyclical fortunes of Hereford Football Club and the Sydney Swans AFL teams. He has just resumed his cricket career after a twenty-eight year break, during which he has not improved. 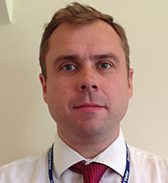 Richard has over 20 years advisory and consulting experience, working in the City for Barclays, Credit Suisse and Cazenove, as well as working in advisory at big 4 financial services firms, KPMG and PWC, in both the UK and Middle East. Richard has built experience across a range of sectors, but with specific specialisms in the games industry and crowdfunding. Throughout his career he has been involved in advising small and medium enterprises (SMEs) and early-stage businesses, both public and private.

Of late, having returned from the Middle East in 2013, Richard has explored the more cutting edge areas of finance, working for a hedge fund, as Strategy Director for a crowdfunding company and most recently as Head of Consulting for Edison Group, a leading independent provider of equity research and investment intelligence.

Richard has a degree in Physics from Oxford University and lives in Kent with his wife and two children. He enjoys sports of all kinds as well as adventure and travelling, ever since working for the Foreign Office in the Falkland Islands and the British Antarctic Territories in his gap year.

Lizzie is an experienced creative television producer and has recently been appointed as Deputy Editor for BBC Three. Overseeing a team in development and production, focused on programming for 16-34 year olds, BBC Three’s weekly reach across Facebook alone is averaging at 54m people globally a week. This keeps Lizzie up to date with the latest trends, issues amongst a younger demographic and most importantly all the necessary jargon that accompanies it. She has a track record in working with both established and new presenting talent and has spent her career specializing in developing and launching first time factual television series such as Married at First Sight (C4), George Clarke’s Amazing Spaces (C4) and Wainwright Walks (BBC2).

Both her father and grandfather attended Bancroft’s.  In the unlikely event of some spare time, Lizzie enjoys running, fell walking, reading fiction and acting as a mentor for projects in the both the media and educational sectors.

As Governor of Bancroft’s School, Lizzie is a member of the Education Committee. 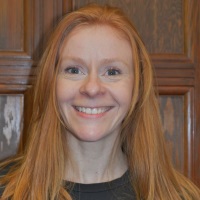 As a parent, he had over two decades’ engagement with the School. He sat on a Scout committee and sports tour committee. He was involved as a helper on many Duke of Edinburgh expeditions. He also stood on the touchline at West Grove for many years.

Duncan moved to the area when training as a chartered accountant with PwC having read law at Manchester. He has worked in financial services in the City for most of his career. He was, until recently, a Fellow of the Chartered Institute for Securities & Investment. He has sat on the board of public and private companies.

He has lived in Loughton with his wife Gail for 35 years. 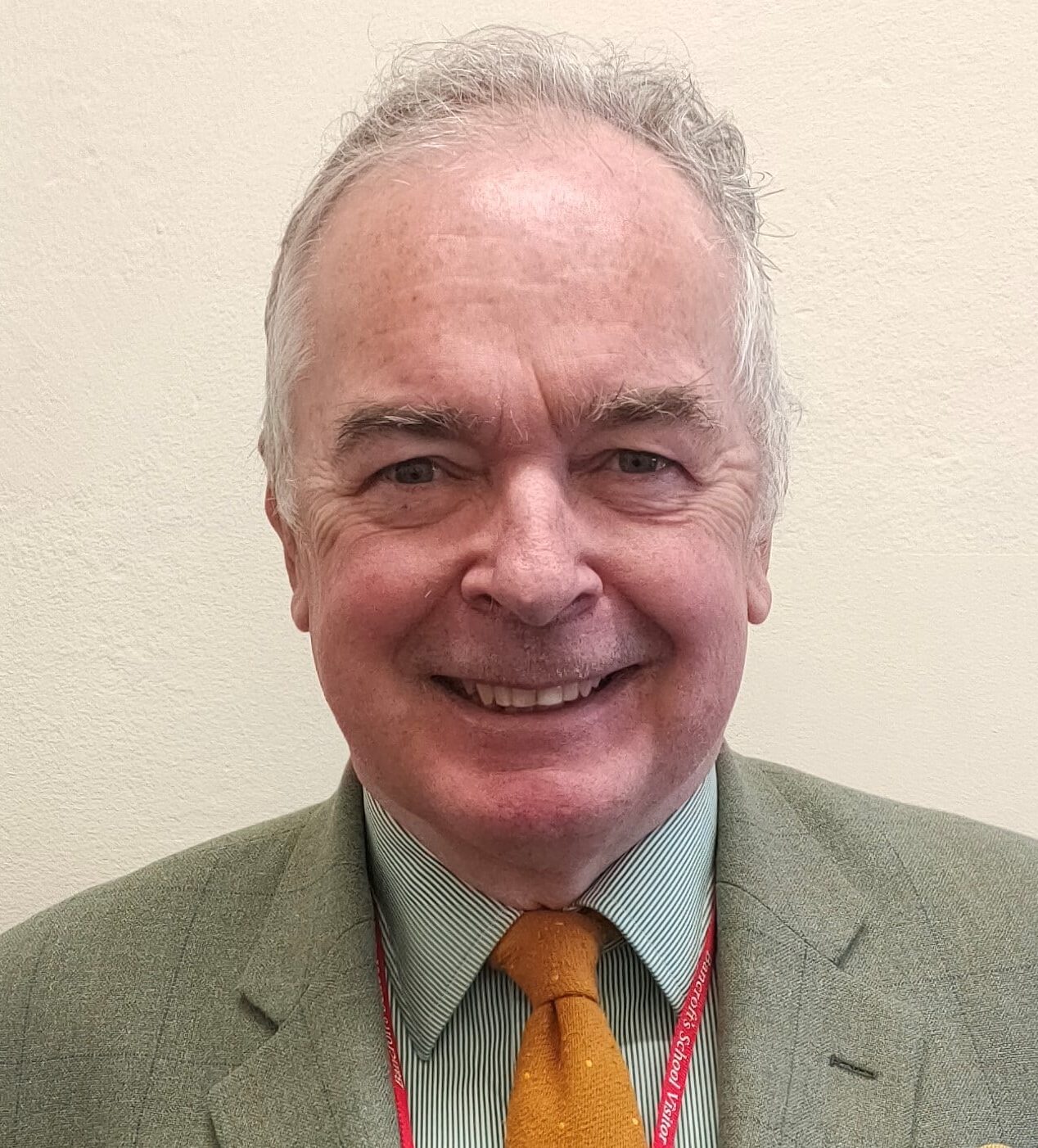 Keshthra sits on the National Clinical Advisory Group for National Breast Screening and is the chair of the National Radiology Clinical Professional Group for NHS England.  These inform and advise the Department of Health and NHSE on guidance and policy.

She is married with two sons who attended Bancroft’s school until 2020.  In her role as a Governor at Bancroft’s School,  Keshthra is  a member of the Education Committee. 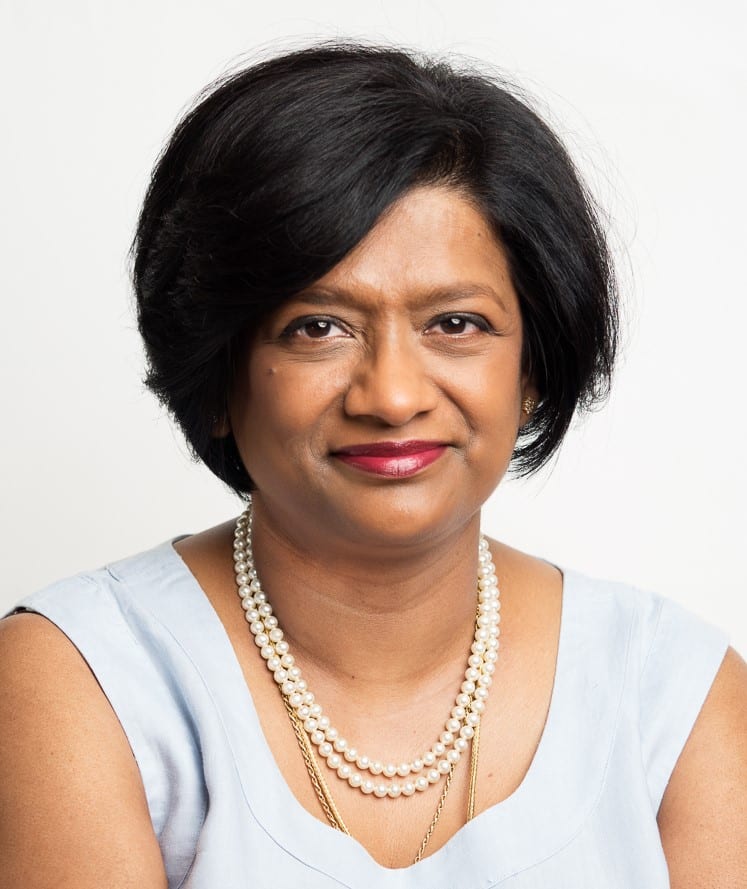 Bernadette went on to read Mathematics at Gonville and Caius College, Cambridge and then studied at INSEAD in France where she gained an MBA. Bernadette now holds a number of non-executive roles.  She is Chair of Poplar Harca, a housing and community regeneration organisation which manages approximately 10,000 homes in East London. She has also been a non-executive within the NHS for the last eight years and is currently a Vice Chair and Chair of Audit for Barnet NHS Clinical Commissioning Group, a non executive Director of Community Health Partnerships, a Department of Health organisation, and a non-executive director of North London Estates Partnership, a private public partnership that develops and manages property within the healthcare sector.  Bernadette is also a Trustee of St. Paul’s Way Trust School in Tower Hamlets.  Prior to her current roles, Bernadette was Global Head of Strategy and Planning at HSBC’s Corporate and Investment Bank and has significant experience of financial and corporate re-structuring and change management having also worked at Morgan Stanley and in Booz Allen and Hamilton’s Financial Services practice.  She is married and has two children. 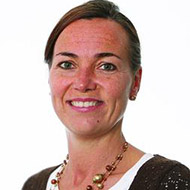 Claire lives in Woodford and both her children attended Bancroft’s from the Alphas in the Prep though to the Sixth Form. As a Governor of Bancroft’s School, Claire is a member of the Finance and Estates Committees. 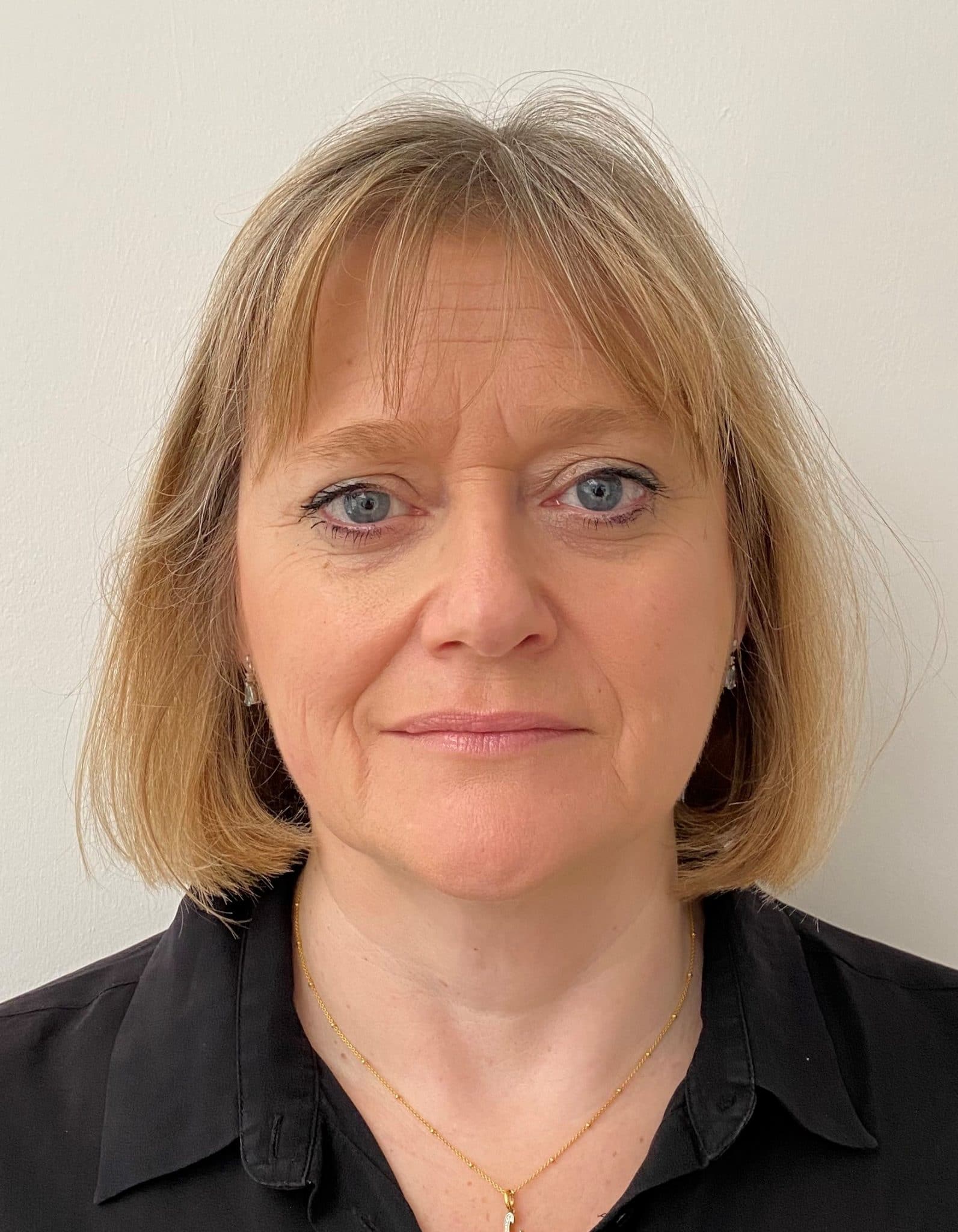 She sits in the Crown Court dealing with a wide range of criminal cases. She also sits on the Mental Health Tribunal hearing cases mainly involving restricted patients and is a member of the Parole Board. Prior to her appointment as a Circuit Judge she had sat as an Immigration Judge hearing appeals against Home Office immigration and asylum decisions and had responsibility for training of the first tier immigration judiciary. She also did some teaching of post graduate students at the Inns of Court School of Law for several years. She was called to the Bar by Lincoln’s Inn and is now a Bencher of that Inn. She lives in North London and her sons attend local schools. 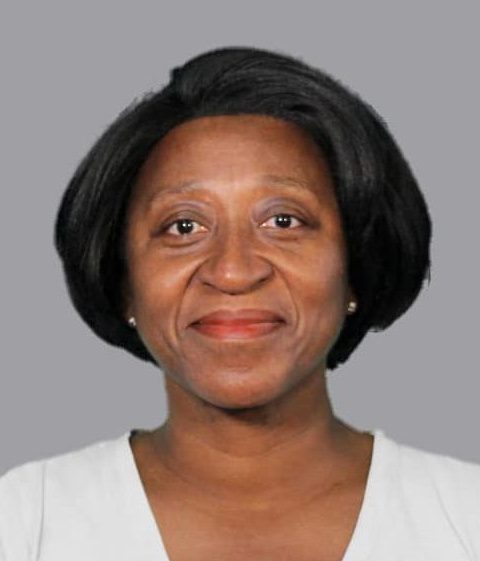 He is married to Gillian and lives in Loughton, Essex.  They have two daughters, the younger of whom, Caroline, attended Bancroft’s Sixth Form (2010-2012).  Ed became a Co-Opted Governor of Bancroft’s School in 2013.  He is the former Chair of Governors of Queenswood School, a day/boarding girls’ school in Hertfordshire.

As a Governor of Bancroft’s School, Ed is a member of the Finance Committee and the Estates Committee. Ed took over the role of Chair in July 2021 following the death of Professor Peter Kopelman. 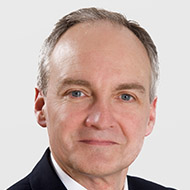