Young Shakespeare Company at the Prep

This was no ordinary production as the children were all able to join in by making sound effects, supplying ingredients for the witches’ cauldron, becoming guests at Macbeth’s banquet and miming chopping down Birnam Wood.  With the help a narrator the audience were encouraged to speculate on what might happen next and recap on parts of the story.    Of course any play which involves witches, ghosts and a fair bit of fighting will grip most 9 year olds but this production proved to be the ideal introduction to the works of Shakespeare as pupils and staff sat mesmerised throughout.

Established in 1988, The Young Shakespeare Company is a leading touring educational theatre company which specialises in making the works of Shakespeare both entertaining and accessible to school children up and down the country.

It was not the type of play that you just watch at the theatre, we got to join in by interacting with the actors so it was more interesting.  Overall, by watching the performers, it helped us understand the play better in an enjoyable way. 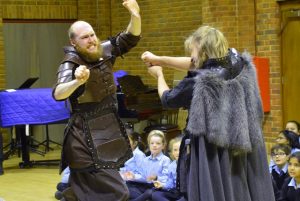 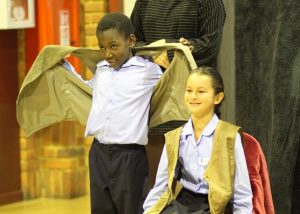 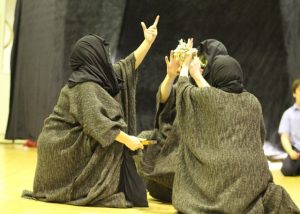 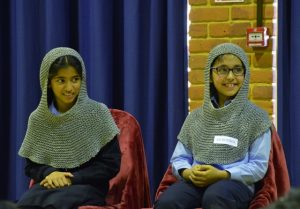