Miss Gartland had assembled a talented cast of Sixth, Fifth and Upper Formers and drew out some admirable performances.  Suzi Bramwell gave a beautifully nuanced performance as Hermoine, encapsulating all facets of her character: devoted mother, gracious queen, wronged wife. It is difficult to feel much sympathy for her husband King Leontes; in the first half of the play Tom Dean showed him alternating between callous tyrant and spoilt brat; however, when reunited with his wife and daughter he brought a sense of wonder and tenderness to the role.  Emilia Hitching was businesslike and practical as Paulina, calmly manipulating events and, together with Camillo (Jake Botha), orchestrating the denouement.

The contrast between the warmth of Bohemia and the wintery coldness of Sicilia was drawn out by Malini Sachdeva-Masson as Perdita, who was paired charmingly with Luis Black’s Florizel, whose youthful idealism is, in turn, set against the cold conservatism of Polixenes (Jeremy Haward-Grau). The comic characters are not always well served in The Winter’s Tale but Louis Japaul (the con artist Autolycus), together with Daniel Lockely and Harry Lorrell worked hard, displaying much energy in their roles.

The cast powerfully illuminated the devastation jealousy can wreak on a family. The last scene proved particularly moving and had more than one member of the audience in tears. Many thanks to Helen and her team for putting the play on and congratulations to the cast and crew for such a fantastic production. 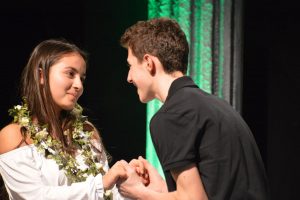 Although individual performances were strong throughout, Bancroft’s productions are always notable for the strength of their ensemble work.  Congratulations must go to all the cast as well as the ever efficient backstage crew.  It was clear that a great deal of hard work had gone into this first class production.

As for that famous bear, it would be safe to say the novel take on Antigonus’ death took us all by surprise and, in the context, of this production made perfect sense! 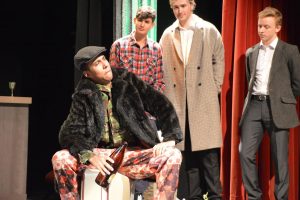 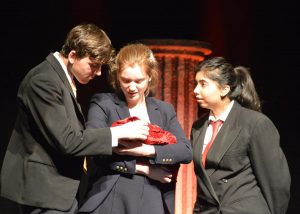