The Ambassadors all had to apply for their roles, and of the eighty applicants thirty were selected by the House Staff.  Antonia Fryer-Green, Housemistress of East, said, “It was an extensive form – very much like completing a proper job application – something to be taken quite seriously.  We had a great response from members of the House.”

Children spend 11,000 hours of their lives in school and, as Eleanor explained, they need to feel safe and comfortable in a school environment, sadly for many this is not always the case.  Kate Hughes, Junior Housemistress of East, said, “Teenagers can be unpleasant to each other and we’re keen to develop a more proactive response to such unkindness rather than being reactive. Ensuring that we develop a culture where unkindness doesn’t happen is better than reacting to those incidents when it inevitably will pop up”.

East House is very much a pilot for this fantastic scheme at Bancroft’s.  If our new Ambassadors prove a success, then we hope that other houses will follow and train up their own Ambassadors.

During the day’s training the pupils were quizzed about what their understanding of bullying is, what qualities are needed to be an Anti-Bullying Ambassador and how they can make a difference within the school community.  They were asked why standing up to bullying was important to them as individuals and encouraged to focus on the issues which matter to them. Eleanor gave them the tools which will enable them to make a genuine and positive change. 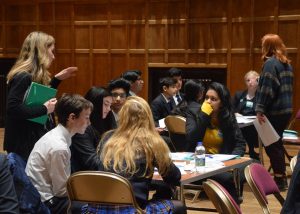 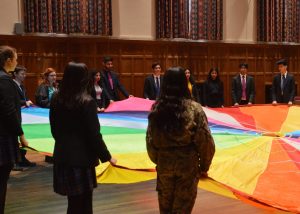