The stalls at the Fair gave our A Level pupils the chance to present and explain some of their favourite aspects of science.  As ever, there was a huge range of interests shown: The Heart, Invisible Ink, Antibiotics and Diseases, Space Travel, Planet Exploration and Rocket Engines.  The visitors particularly enjoyed the stalls which gave them the chance for a hands-on experience: the slimier the better.

All the teams are to be commended for the energy and enthusiasm that they put into the event.  Throughout a busy and demanding day, they were clearly keen to engage with the visitors who clustered excitedly around all the stands, eager to see what was going on and to take part. There was a real sense of excitement amongst visitors and sixth formers alike.

In addition, they spent time exploring aspects of all three major sciences: a chemistry show gave an introduction to exploring chemical reactions, in physics they made their own rockets and launched them on the school field while biology gave a chance to discover how we, and other living things, use some of our senses.

Pupils and visiting teachers alike were enthusiastic about the day. Mr Paul Bezant said that the children he brought with him from Aldersbrook Primary had been “really looking forward to the day” and had enjoyed all the activities, especially the chemistry and physics.  Miss Andrews from Woodford Green Prep School said that the Fair “gave the children experience of different levels of science; most of them will be going to secondary school in September and is gave them a taste of what they have to look forward to.”

Our judge for the day was Dr Elizabeth Swinbank Honorary Fellow in Science Education, University of York.  She was fulsome in her praise for the work of the L6 and awarded the first prize to The Heart.  Her full report can be downloaded using the link below: 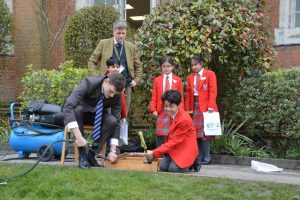 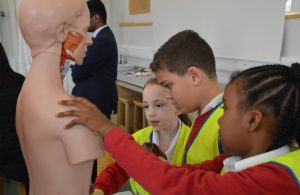 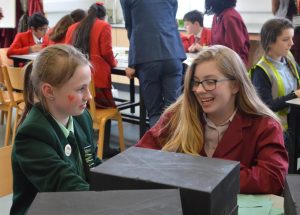 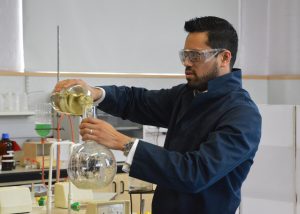