The concert opened with the overture to Mozart’s The Marriage of Figaro played by the Bancroft’s Sinfonia, which also later treated us to a medley from Miss Saigon.  Vocal soloist Tom Dean continued the Mozart theme with a performance of “Se Vuol Ballare” from the same opera.  The Concert Band also drew on a popular musical for inspiration with a Medley from Joseph and His Amazing Technicolour Dreamcoat as well as an atmospheric performance of “I am the Doctor”.  A second Upper Sixth solo came from Aabha Patel who treated us to the 2nd Movement from Bowen’s Flute Sonata.

Vocal ensembles performing on the night were the Junior Choir, the Boys’ Voices, the Bancroft’s Barbers and The Bancroft’s Singers.  The Bancroft’s Big Band provided a rousing end to the evening sending us out into a wet Monday evening with Marvin Gaye’s “Dancing in the Street” ringing in our ears.

It was Mrs Julia Whitbread’s first Drapers’ Hall concert as our Director of Music and she said that the memory of the evening will stay with her for a long time.

To say our students rose to the occasion would be an understatement, they played with sensitivity and aplomb in equal measure and the music staff were extremely proud of their performances.  I am already looking forward to next year!

As ever, we are very grateful to the Master and Wardens of the Drapers’ Company for allowing us to use these exquisite facilities.  As Mrs Whitbread commented, “The beautiful surroundings in which to make music, is such a privilege for staff and students alike.” 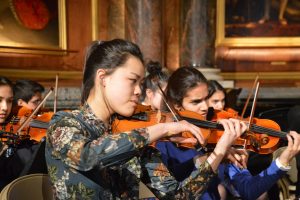 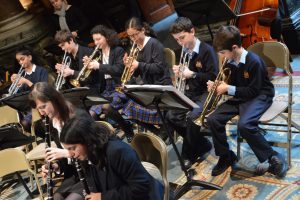 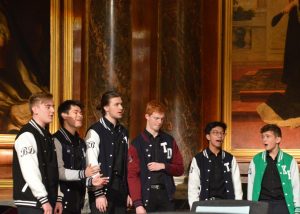 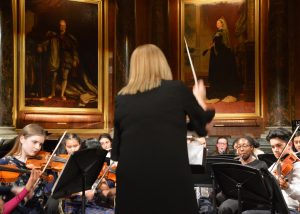