Standout performances included Emily Christaki’s fierce interpretation of Gertrude, Gauri Godbole’s comic turn as a bumbling gossip Polonius, and Theo Life’s guilt-ridden East-End gangster Claudius. Highlights included a ferocious fencing match between Hamlet and Laertes (played by Benedict Hughes), which had been arranged by L6th student Hasha Dar, and an ensemble physical theatre piece created in collaboration with Frantic Assembly Theatre Company, as a replacement for “The Mousetrap”.  Special mention must go to Hamlet herself, Martha Grimsell, whose faultless, deeply moving, and highly original interpretation of this complex and challenging character will be remembered at Bancroft’s for many years to come.

This was an ambitious and daring interpretation of what many consider to be not only Shakespeare’s finest work but also the finest play written.  Many congratulations to cast, crew and Mr Sam Sugarman, the Director, for giving us a superb, thought provoking production. 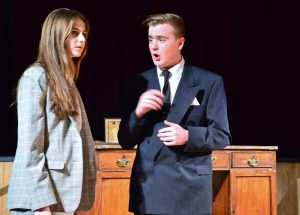 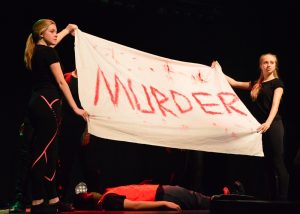 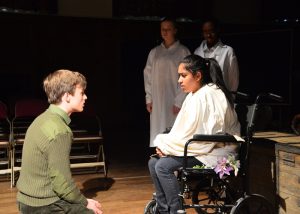 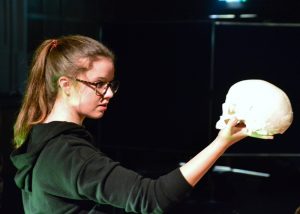