Charity Day: Fun in the Sun

Prep pupils raised vital funds through their own sponsored tasks around their homes and local communities, such as chores or car cleaning.  On the day itself they enjoyed an afternoon in the sunshine at their Charity Day Fair which had the atmosphere of an old fashioned village fete with the pupils running a wide variety of stalls: coconut shy, name the teddy, lots of face painting, candy floss and cupcakes. 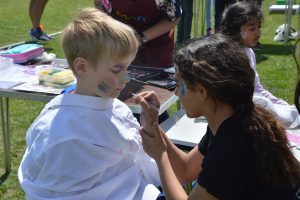 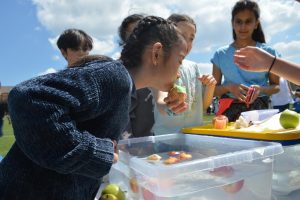 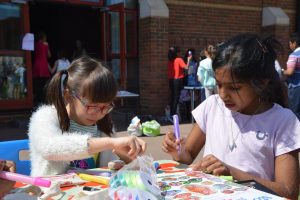 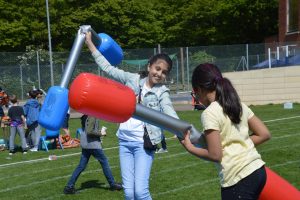 A special mention must go to teacher Chris Hall who decided to get on his bike, literally, for Charity Day and set off from Bancroft’s School at 2.10pm on Wednesday afternoon for Brighton.  Having arrived at Brighton Pier, he took a brief break and then turned round for the cycle back to Bancroft’s.  Chris said that the return journey through the night was, at times, quite gruelling, “It was lonely cycling on empty roads in the dark; at least on the way down to Brighton I had lots to look at!”  He arrived back at Bancroft’s at 5am, having covered 234km in just under 15 hours!  Time for a quick shower and snooze, then back to Bancroft’s for a day’s work.  When asked what his training regime had been, Chris said, “None, this is the first time I have been on a bike in three years!”  He was accompanied by Dave Archer, Head of Boys’ Sport at Bancroft’s Prep, who Chris described as, “My fantastic wingman: his morale boosting and positive thinking kept me going.” 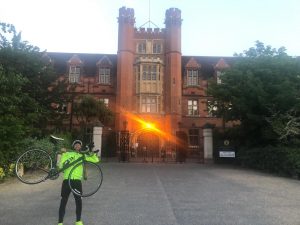 Chris said that he was inspired by the children at Bancroft’s Prep who had been set challenges for Charity Day sponsorship; this ride was his own challenge which he felt would be a role model for the children.

The day’s events have so far raised over £10,000 but the sponsorship money both for Chris and the children is still coming in.

We were hopeful that by asking the children to undertake sponsored tasks they would get a strong sense of the idea of public service and of giving time and energy to others.