The production, under the tight direction of Head of Drama Elie Middleton, was described as “professional” and “unique” by Eva and Nav, L4 pupils and members of the audience.  Upper Sixth Former Olivia Welch was responsible for much of the fantastic choreography.  She said, “It was a real challenge as you have a limited range of movements to work with to keep Bob Fosse’s unique dance style.  It can be difficult to make it different.  My favourite number was “All I Care About is Love” sung by Alex O’Brien as it gave me more scope to personalise the choreography.” The fact that most of the cast of 35 pupils had very little or no dance experience added to the challenge faced by Olivia and her assistant choreographers Hanna Wright and Temi Atanlusi.

Both Olivia and fellow cast member Dan Lockley (Master of Ceremonies) spoke of the team work involved in creating such a successful show. “It was a really good environment during rehearsals and brought pupils from several year groups together as a team.  It was hard work and the production week has been tiring but it also gave us a break from our A Level Studies.”

Everyone worked together AND THERE WAS A REAL FEELING OF POSITIVITY.

The show was driven by dynamic and mature performances from its leads.  Emilia Hitching (Velma Kelly), Emily Christaki (Roxie Hart), Alex O’Brien (Billy Flynn).  Gauri Godbole, as Mary Sunshine, squeezed every drop of comedy from her role. Jake Botha as downtrodden Amos Hart won the audiences’ sympathy with his rendition of “Mr Cellophane”.

Chicago sounded fantastic thanks to Musical Director Julia Whitbread (Director of Music).  Arron Whitbread and his team of students and staff had constructed visually exciting set.

Congratulations to all involved – both on and off stage – this was truly a show which razzle-dazzled! 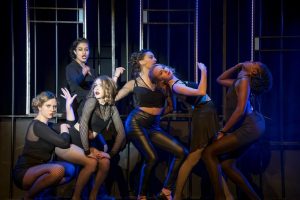 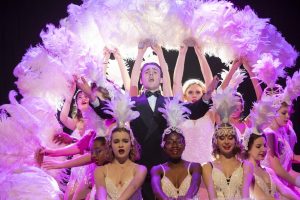 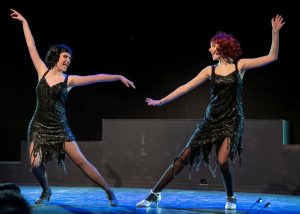 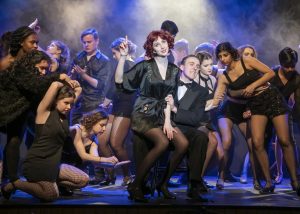