Each pair played two singles matches against their opposition and, in the event of a 1-1 draw, a decisive (and often nail-biting) doubles 10 point “shoot-out” tiebreak was played. There was some wonderful tennis played and in the U18 event Tanisha Schumacher and Raya Uzunova won the Division 1 tournament and Alina Schumacher  and Anya Shah were victorious in the Division 2 competition. This was the first time Bancroft’s have had success at this age group in the last sixteen years so these were notable achievements for the Woodford Green School.

In the U13 and U15 events, Anna-Francesca Hammond, Letita Saravanapavananthasivam and Hannah French remained unbeaten in all their singles matches. Anna-Francesca and Hannah teamed up with Abby McKinlay and Caroline Hubbard respectively to achieve 3rd place in their U13 and U15 divisions.

This was a fantastic day of tennis  The girls demonstrated a high standard of tennis and were great ambassadors for the School.

Head of Tennis, Ms A Wainwright 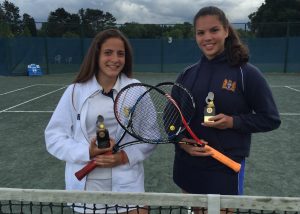 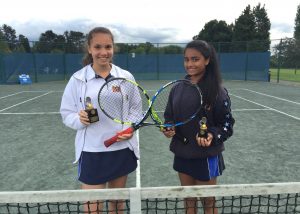