The Prep 1s were studying ‘Force’ in Science and were also studying ‘Moving Vehicles’ as a project for DT, so we thought it would be wonderful if we could do a cross-curricular activity where children could design, make and race their own cars to fulfill all objectives. With the expert help of the DTE department at the Senior School – Aron Whitbread, Marc Rogers, David Fernandez, Simon Newbury – they did just that.

Over the course of three weeks, the children designed, sawed, sanded, drilled, painted and sprayed. They then raced their cars, learning about force and friction.  This was followed up with a written report, in which they reflected on all they had learnt. The Prep 1s learnt about health and safety in the workshop and the different tools involved in the process. So successful was the project, it caught the attention of the Bloodhound LSR team ( a UK-based project aiming to break the world land speed record using the most advanced straight-line racing car ever built) who retweeted our DTE message and commented about the quality of the cars.

Marc Rogers, Head of DTE, said that it had been an absolute pleasure to work with the Prep pupils.

It is so wonderful to get the children interested in craft, design and engineering from an early age. A big thank you to all involved in making it happen; I think we have some engineers in the making! 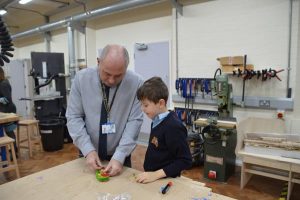 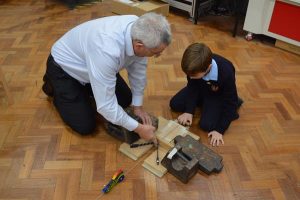 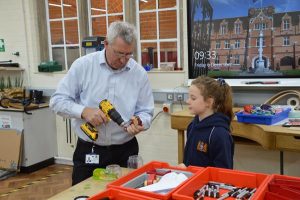