All age groups were encouraged to join in and the performers ranged from the Thirds (year 7) to the Upper Sixth and beyond, with some notable acts by members of staff.  Devanshi and Zainab  delivered a comic routine on the dangers of life as a Third with admirable confidence.  The unenviable job of following Mr McGuiggan and “The Common Denominators” fell to Matthew whose beautiful rendition of “Oh Holy Night” contrasted starkly with the  audience singing along to “Sweet Caroline”.  Mr Argyle made a memorable debut channelling his inner Freddie Mercury.  “The Duke” surprised us all with his version of the iconic Queen number “I Want to be Free” which morphed into “I want DofE” and, for a moment, even our slick compere Alex was lost for words!  The afternoon ended with a mass choir of staff, under the watchful eye of Mrs Nadasan-Mead, performing “Do They Know It’s Christmas.” leaving everyone feeling suitably festive and ready for the holidays.

All acts were greeted with huge applause and generous festive spirit was certainly in evidence. Thanks to all acts and the organisers for a great afternoon of fun and entertainment. 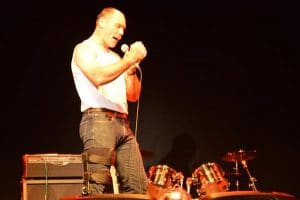 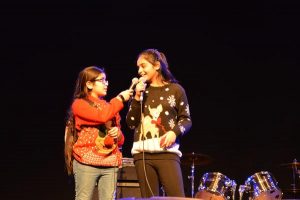 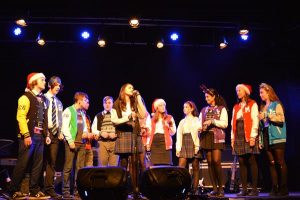 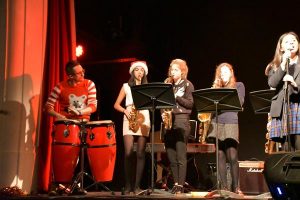