A selection of Christmas favourites, and a few others, were performed with enthusiasm from the staff and expertise from the pupils with Miss Jones and Mr Hay on hand to give some “X Factor” style comments on the various acts.   Members of the Maths Department kicked things off and Mr McGuiggan encouraged the audience onto their feet while he unleashed his inner punk star.  Thanks to Mr Sugarman’s impeccable enunciation the words of A Fairytale of New York were, for once, perfectly audible while Miss Mead more than held her own in the Kirsty McColl part of the duet.  Dr Hunn and Mr Channer changed the mood with a Bancroftian take on Armstrong and Miller’s Fighter Pilot sketches – the parents in the audience may have been bemused by their use of current school slang but the jokes were appreciated by the students.  As well as taking on Simon Cowell’s ‘Mr Nasty’ mantle, Mr Hay, who had organised the event and is leading the Peru trips, gave us his own version on Santa Claus is Coming to Town” a la Bruce Springsteen.  For many, the highlight of the evening was a Spice Girls’ tribute – great choreography and costumes from Misses Wainwright, Grimshaw, Prescott-Morrin, Korcz and Mrs Coyne.  They were joined on stage by a group of adoring Spice Boys – an unannounced troupe of Misters Dickinson, Pollock, Raw, Ceeraz and Hitching.

The real talent of the evening came from the pupils.  Special mentions must go to Ayaan (3E) and Abby (L6S).  Although her partner for a duet was ill on the day, Ayaan still carried on as a solo act, while Abby stepped in at the very last moment to perform.  The U4 boys, Theo, Ben, Dharun, Lewis, Manav and Arisht, threw themselves into Jingle Bell Rock.  They have clearly spotted the opportunity for a new boy band to fill the void since One Direction’s retirement!  As expected, Alex, Gauri, Pasha, Sonia and Varsah all sang and played beautifully.

Thank you to everyone for making this such a fantastically successful evening. 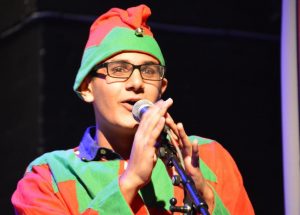 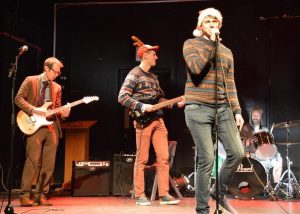 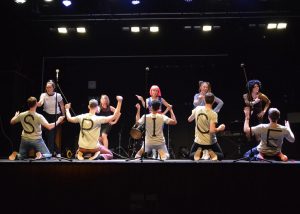 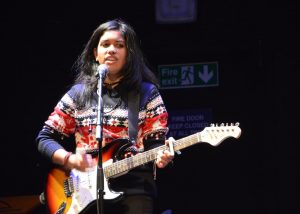