Harry Potter Week for The Thirds

Rivalry was strong between our four houses (renamed temporarily after the four Hogwarts’ houses) as they competed to gain Harry Potter points for their house or to win the Inter House Quidditch Cup. Well done to School (Ravenclaw) for winning the Harry Potter Challenge Cup, while East (Slytherin) were declaerd Quidditch champions, Prizes were also given for Harry Potter Mastermind, debating skills, as teams argued whether or not  “Snape Should Have Been  Sent to Azkaban” as well as for the most beautifully crafted wand and the best costumes.

On Thursday, they were treated to a session on “The Care of Magical Creatures” by the knowledgeable team from Eden Falconry.  As the Removes had missed this session last year, due to Covid, they joined in to admire the selection of owls ranging rom Mr Falls, the tawny owl, up to Big Alice, as well as Arizona the Harris Hawk.  The Bancroftians were extremely lucky as this was one of the very first times in which the owls have been involved in an interactive session in a school post pandemic,

Our Sixth Form Charity reps took advantage of the enthusiasm for all things Pottersque and arranged an impromptu film night to raise some money as part of their Galliard/Haven House Enterprise Scheme.

A huge thank you to Mrs Squire, Mrs Houghton and Mrs Kucsova for all the time they spent devising activities, organising the events and decorating the Library and Atrium. 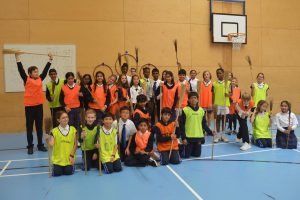 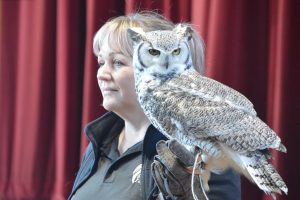 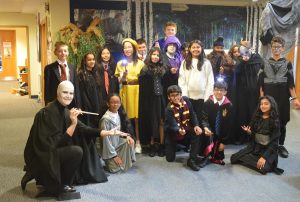 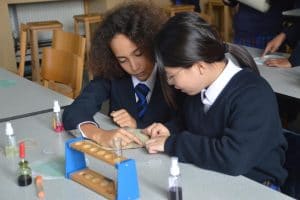 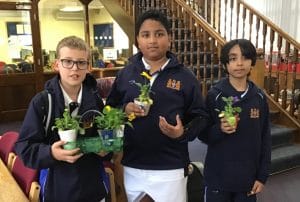 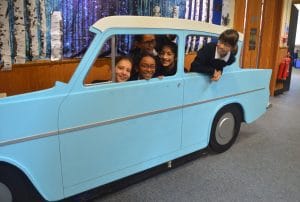