Harry Potter week for the Thirds

A whole variety of activities was held every lunchtime and after school: crafts, quizzes, debates, potion making. The most popular, and possibly the most bizarre, activity was undoubtedly Quidditch which was played on, earthbound, broomsticks in the Sports’ Hall.  It turned out to be a mixture of netball, rugby and utter chaos but, most importantly, great fun.  Quidditch referee and Physics Teacher, Mr Jayson Ceeraz, confessed, “I’ve never seen anything quite like this in a school before!”  Each of our four houses became a Hogwarts’ house for the week.  Throughout the week the children competed keenly to win house points for the Harry Potter Cup, which was won by Ravenclaw (aka School House),

The week was the brainchild of our Chief Librarian Kate Squire, who, with her team, organised the week’s events. She said. “I wanted to do something special for our new year 7s to welcome them and make them feel at home in their new senior school.  The 20th anniversary of one of their favourite literary characters presented  a great opportunity for this.”

I really enjoyed Harry Potter week as it enabled me to do a variety of ‘magical’ activities. These were really fun. 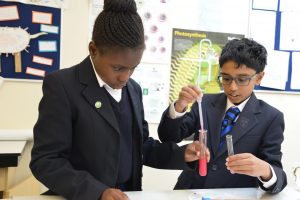 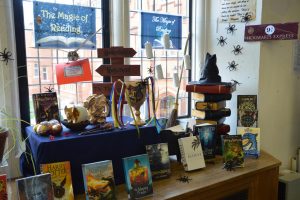 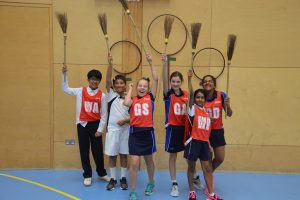 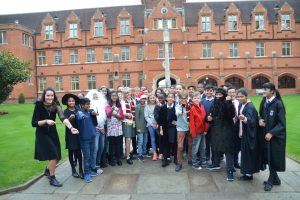