The week kicked off with an assembly, led by girls and boys, which highlighted the importance of International Women’s Day.  Pupils explained why we celebrate International Women’s Day and illustrated that women still are not perceived as equal, with over 150 countries worldwide having at least one actively sexist law and that two-thirds of the illiterate adults worldwide being women,

In addition, we used events during the week to support The Red Box Project which seeks to combat period poverty experienced by many girls forcing them to miss out on education because of lack of sanitary protection. 1 in 10 girls aged 14 to 21 can’t afford menstrual products and half of all schoolgirls miss a full day of school because of their period. The Red Box Project aims to support young people throughout their periods by providing red boxes filled with free period products to local schools.  Tutor times were given over to discussions about gender identity, the importance of gender equality in schools and how might periods fit into this issue.  Teachers were encouraged to highlight successful women in lessons, especially for male-dominated subjects, so that pupils became more aware that successful women do exist in both past and present time and in all fields.

The idea of strong, successful women was carried over to a lunchtime careers event during which pupils had a chance to discuss careers informally with a number of successful women in STEAM careers.  We were particularly delighted to welcome back three OBs.  Harriet Bartlett OB is part of Homeward Bound, a leadership programme for women in STEMM for global change.  Jodie Lancet-Grant OB is a Communications Director in publishing and Anna Kidd OB is a series games producer for TV.  Rioghnach Sachs, another OB, returned to Bancroft’s to give a well-attended talk on gender fluidity in the works of Greek poet Sappho for the Classical Society.

A mixed football match was a huge success. Girls and boys alike were totally unfazed by their mixed-gender teams. Thirds girls were tackling Sixth Form boys with fierce determination. Gender stereotypes were smashed as the girls put on a sterling performance; scoring goals and outwitting the boys. It had a real community spirit as we all embraced gender equality in sport. Court-side support grew as more and more onlookers were drawn into the buzz of solidarity.

Some of our drama students entertained us with a rehearsed reading of “In the Parlour” a short play by Judy Tate.  “In the Parlour” is set in 1913, on the eve of what became the most historic Women’s Suffrage march in the US when African American women demanded the right to march alongside white suffragettes.

Following such a successful week, plans have already started for International Women’s Day 2020.

Due to its huge success, plans for next year will be bigger and better, so make sure you’re involved! 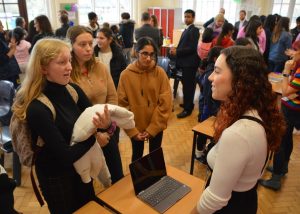 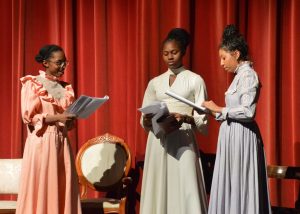 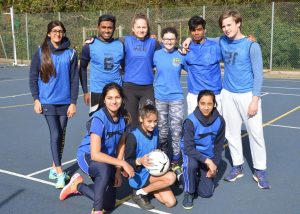 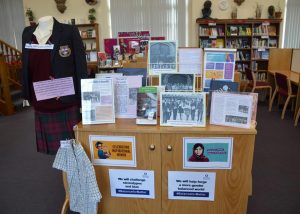 Find our more about The Red Box Project