“Into the Woods” Fifth Form Musical

It was great to welcome a live audience back to Bancroft’s and to, once again perform, for family and friends.  A cast exclusively from the Fifth Form (Year 11) gave us a magical and spirited version of Stephen Sondheim’s Into the Woods, Jr.

Typically for Sondheim, the music was not straightforward and the resulting joyful production was achieved,not through magic but rather through six weeks’ worth of hard work by Ms Middleton (Director) and Mrs Whitbread (Musical Director) as well as the cast of twenty pupils. Into the Woods  intertwines characters from several Grimm Brothers’  fairy stories who are all brought together when they seek to have their wishes granted and venture “into the woods”.  This was an evening of sophisticated performances, with musical highlights including “Giants in the Sky” from Matthew J, and “Agony” by the two Princes (Olly H and Alex N).  Bunty S needs to be commended for bringing so much emotional range to the cow Milky White as her puppeteer  and Tomasin A was unrecognisable as the Witch.  A special mention needs to go to Matthew P (5E) who took up the conductor’s baton with such ease and aplomb.  Well done to everyone involved. 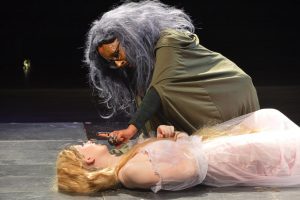 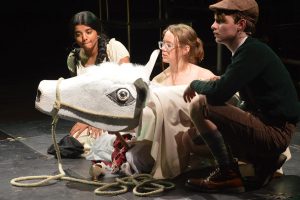 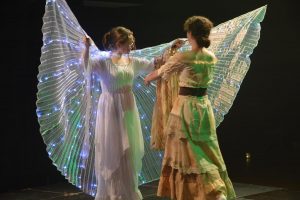 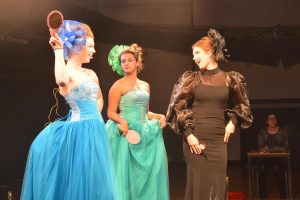 Our Friday performance also featured a special entertainment  – All Together Now – courtesy of Music Theatre International, who had made a selection of songs from their favourite musicals available royalty free.  Following Into the Woods, pupils from across the year groups came together to perform songs such as “Empty Chairs at Empty Tables” (from Les Misérables) and “When I Grow Up” (from Mathilda) to raise money for Chickenshed. Based in Southgate, north London, Chickenshed is a fully inclusive theatre based on the belief that “everyone can flourish when everyone is included.” OB Martha Grimsell (2020-21), who was also part of the band for Into the Woods, gave an inspiring talk about her association with Chickenshed.   We were proud to have raised a considerable sum for Chickenshed.

Find out more about Chickenshed