For the first time, Harry Potter activities made their way into lessons. Pupils designed and made their own wands in DT; investigated the maps found in the novels in Geography; and made badges in art.  They also looked at ‘how much history is there in Harry Potter?’’ investigating how J K Rowling  uses the philosopher’s stone, the basilisk, Nicholas Flamel, the Phoenix, and comparing them to how they have historically been understood.  In History, they also sorted creatures that have their roots in myths and folklore from those of J K Rowling’s imagination.

Every lunchtime the Thirds were treated to different activities.  They planted their own “mandrakes” in Herbology; undertook Quidditch training (Covid restrictions meant they were unable to compete in Quidditch matches); played Harry Potter Bingo and debated the fate of Severius Snape. Break times and Tutor periods were busy with quizzes and puzzles to earn valuable house points for their (temporarily) renamed houses.  They also enjoyed having their photos taken for wanted posters, or posing in the Weasley’s car and as the “Fat Lady”.

On Thursday, many of them swapped their Bancroft’s uniforms for Hogwarts’ robes or other Potter inspired costumes.  Their Tutors and House Staff joined in. Mr Smith’s Golden Snitch earned him a degree of social distancing and Ms Grimwood used her natual heigth to impress as Hagrid.  Unfortunately, a case of Covid at Eden Falconry meant that the much-anticipated Care of Mythical Creatures session has been held over until after half term.

In all it was a magical week and a fitting end to the Thirds’ first half term at Bancroft’s. 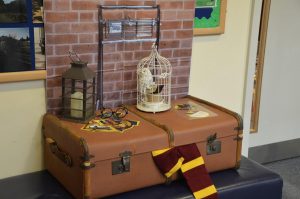 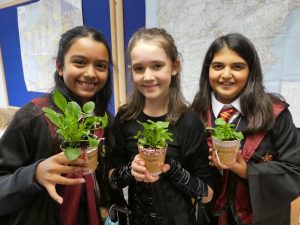 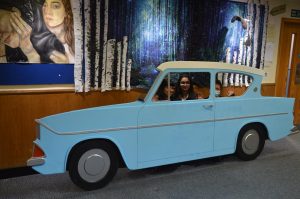 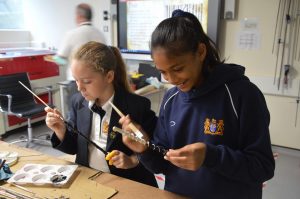