We had sixteen children invited to take part in the Bonus (Final) Round.  Our pupils received a total of fourteen medals with two of our children receiving coveted gold medals.  A total of only 1496 medals were awarded across the whole of the UK and only 103 children nationwide scored the 21 or more marks out of 25 to receive Golds.  Eddie scored a brilliant 23 marks out of possible 25 with Harshihi not far behind with an impressive 22.  In all, 2375 pupils were invited to take part in the Bonus Round and of these only 5% were in the range needed for a Gold medal.

In addition to the two Golds, Bancroft’s saw seven Silver medals, five Bronze and two pupils were awarded certificates for participating in the Bonus Round.  These prestigious honours demonstrate their achievements as being among the best young mathematicians in the UK.

The first stage of the challenge took place in November 2018 when our pupils competed alongside 67,000 children across the country. Successfully answering a variety of multiple choice mathematics problems, the sixteen  Bancroftians joined the highest scorers who were invited to take part in the PMC Bonus Round in February 2019.

Lesley Jones from The Mathematical Association said: “We would like to offer our congratulations to Eddie and Harshini and all of the pupils that participated. We received a large number of entries which reflects a real appetite for solving maths problems and puzzles. We always try to make the questions interesting and accessible, while giving pupils an opportunity to apply fundamental maths skills. It is great to be able to acknowledge brilliant young minds in the UK and nurture the future mathematicians.” 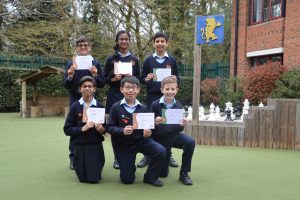 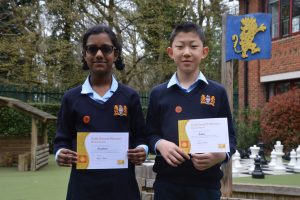 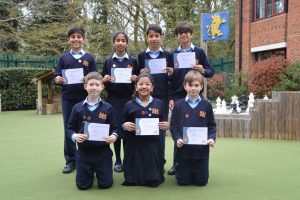 Read more about the PMC