The Prep 2s’ end of year production was Matilda Jr – the Musical and what a production it was!  Involving all the year group in some way, it proved a huge favourite amongst the performers and the audiences.

For those who are unfamiliar with Danny Kelly and Tim Minchin’s witty and very hummable show, Matilda the Musical is based on Roald Dahl’s much-loved story. Five-year-old Matilda Wormwood, who loves books and reading (like most of our Prep children) and has special psychokinetic powers, has to overcome obstacles in life in the form of her ghastly family, who disown her, and the horrendous headmistress of Crunchem Hall, Miss Trunchbull (definitely unlike our Prep children).  Matilda eventually finds happiness with her kind and gentle teacher Miss Honey.  It has been a huge success in the West End, where it has been playing for over ten years.

It was clear that the young Prep cast, under the creative dream team of Miss Adams,, Mr Paramour and Mr Pearson, loved the musical.  They threw themselves into their roles with some wonderfully cartoonish performances from  Arnav and Alex (Miss Trunchbull),  Rian, William and Sayyid Ali Imam (Mr Wormwood) and Arielle and Lucy (Mrs Wormwood).   Ella and Alice as Miss Honey and Maya and Bathan as Miss Phelps (the librarian who befriends Matilda) were suitably kind and sympathetic portrayals.  A big shout out too to the two marvellous Matildas: Risha and Annabel  We don’t have space to list everyone involved, but the whole of Prep 2 gave us some fantastic singing (thank you Mr Baum as Musical Director) and dancing, especially in the big musical numbers such as “Revolting Children,”,“Miracle” and “When I Grow Up.”

As our Prep 2s prepare to move onto their Senior Schools, we are confident that they will carry positive memories of Matilda Jr with them for a long time.

The audience loved the shows’s jokes, clapped at every song and also fell silent for the dramatic and sad parts such as the Acrobat and Escapologist’s heartbreaking story. All in all, everyone had a great time. 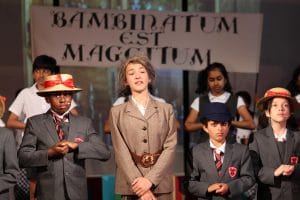 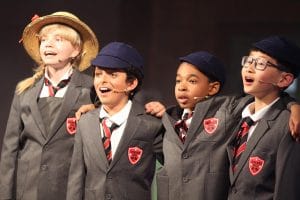 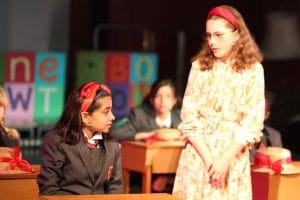 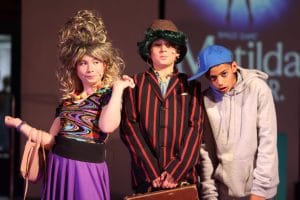