Sophie has been fencing since she was nine and first represented England as an U13, and is currently Eastern Region U18 champion.  The Fencing Commonwealth Championships took place between 9 and 20 August in London. Fencing was part of the original Commonwealth Games but since1970 has held its own competition. The Games included over1200 fencers from the Commonwealth nations competing across different age ranges: seniors, under 20s, under 17s, veterans, as well as para fencers.  Sophie was selected to represent England following her national ranking, based on her performance in domestic and international competitions last season. In the U17s’ team event, England overcame rivals Scotland in the final by a score of 45 – 35.  It was a perfect ending to a two-week festival that was made special by the organisers, the home and travelling nations, the volunteers, and the supporters.

Elliot, on the other hand, is a relative newcomer to his sport.  In summer 2019 he attended a summer rowing camp at Shiplake College and was hooked.  However, he only started rowing seriously during lockdown having a fantastic coach, who provided him with a strict online schedule using a borrowed ergo machine. Rowing is clearly in his blood as his mother used to represented Poland internationally and his uncle was a Cambridge rower.  Elliot trains at the Lea Rowing Club in Hackney and currently competes in the quadruple sculls category – Juniors under 16; he will now be moving up to the 17-18 years old class.

Other Bancroftian medallists include Tom M who finished second in his age group in the London Triathlon and Caitlin H who set a personal best of 26.13 seconds in the 200m in the All Ireland Track and Field Championships to secure a Silver Medal

Very well done to them all. 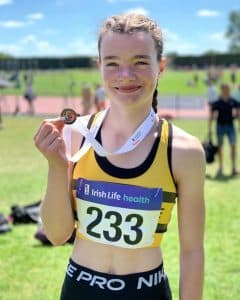 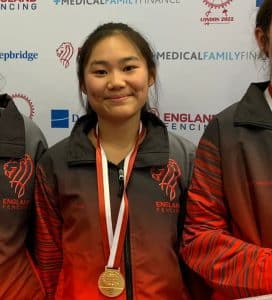 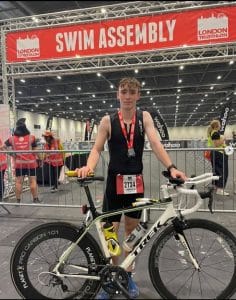 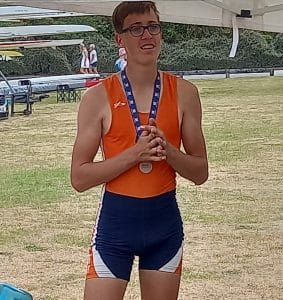