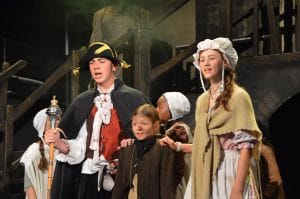 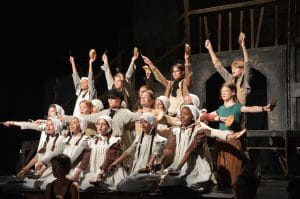 Oliver! was an ambitious production with a cast of 47 super talented pupils from Thirds to Upper Fourths.  Just moving them around the stage for the big ensemble numbers must have been a logistical nightmare for director Ms Middleton. Huge credit goes to her for ensuring  that every member of the cast exuded confidence, were all clearly defined characters and seemed to know exactly where they should be and at which point.

Every one of the leads was simply magnificent. Lucas Y as Fagin never dropped out of character, giving a fully rounded and mature performance.  We were all surprised by Louis C’s menacing portrayal of Bill Sikes, as the last time we had seen him in a school production he had played Bugsy Malone – Mr Nice Guy personified.  Ariya B as Nancy really captured her character’s pain in “As Long As He Needs Me” and highlighted the pathos of “It’s a Fine Life.”  Imogen and Ellie both gave heart melting performances as Oliver, while Caitlin H and Ellora H oozed cheekiness as The Artful Dodger.  Frank W, Olivia G, Seb K, Emma D and Lara W all excelled in their roles.

Daisy C had worked with Ms Middleton on choreography; they faced challenges as the set was contained with the proscenium arch and the acting space was not huge.  To get everyone moving around with such dexterity in the big numbers such as “Food Glorious Food” and “Consider Yourself” was a real triumph.  As we have come to expect from Bancroft’s productions, the ensemble worked well together and there was simply no weak link. Musical Direction was in the very safe hands of Mrs Whitbread who had assembled a first class band from members of our visiting music teachers as well as pupils.  A level Theatre Studies students Dan H and Kiera RG showed their worth as Directing Assistants.

A huge thank you must go to everyone involved backstage for Oliver!: Mr Whitbread as set co-ordinator, Mr Campbell who stepped in last minute to stage manage. Mr Aiken as sound technician, Dan H, Charlie D and Kiera RG for their work in the lighting desk, all the backstage crew and the huge number of those who helped with hair and make-up.  Any successful production is very much the work of a team and Oliver! was an exmple of Bancroft’s team work at its very best.

What a wonderful thing for our school community to be back in full swing: thanks are due to all the cast and crew, both staff and pupils, for bringing us such genuine joy with Oliver!  I overheard many conversations expressing astonishment at the level of talent of Bancroftians. 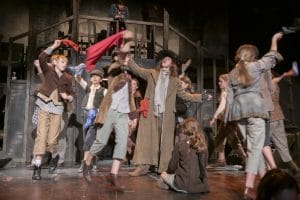 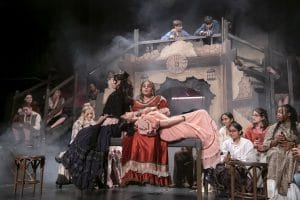