House Points became Harry Potter Points as our four Houses competed eagerly to claim the Harry Potter Challenge Cup.  Mrs Squire our librarian, and the brains behind the week’s activities, presented Slytherin (aka East House) with the award while Hufflepuff (West) were the overall Quidditch champions.  Lunchtime Quidditch games were competitive to say the least; it appeared to be an exhausting  combination of netball and basketball played with one hand while “riding” a broomstick with a few rugby tackles thrown in for good measure,  Apparently there were some rules!  Debating whether Snape truly deserved to be sent to Azkaban was a far less riotous activity, but produced lots of thoughtful and well considered arguments.

Thursday proved to be the climax of the week.  Bancroft’s uniforms were exchanged for Hogwarts’ robes, although there were some more ambitious costumes on display such as a fantastic mandrake; a Dumbledore or two; a brace of prisoners of Azkaban and a couple of Bellatrix Lestranges. Eden Falconry visited in the afternoon to introduce us to their beautiful owls: Mr Forbes; Fudge; Juan Carlos and Big Alice.  The display was full of fascinating facts and, when asked who wanted to hold an owl, every hand in the room shot into the air, leaving Mr Marshall with the difficult task of selecting just five lucky pupils.

Many thanks to our fantastic library team for arranging this week to the Thirds’ tutors, as well as other members of staff, for helping to run activities and support the events. 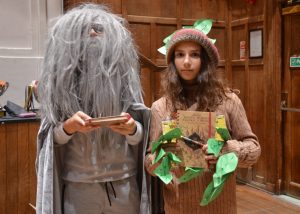 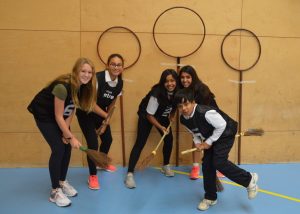