Chris Brammeld is an award-winning composer whose works have been performed both nationally and internationally. He is currently reading for a PhD in Composition at the University of Cambridge.  We were thrilled that the composer was able to attend the concert to hear his work performed; although a typical snarl up on the M25 meant that he arrived just as the piece was about to begin! “Winter” was not the only Chris Brammeld piece performed, the newly formed staff choir treated us to his arrangement of “The Twelve days of Christmas”.

Talking to Chris Brammeld after the concert, he said he was delighted with the performance.

Other pieces in the concert showed off the talents of Bancroft’s pupils as well as the wide range of vocal groups and ensembles at the School.  Pieces varied from toe-tapping pop of “I Wish It Could be Christmas Every Day” performed by the Soul Band to classical pieces from Prokoviev and Tchaikovsky from the Bancroft’s Sinfonia and Second Orchestra respectively.  Traditional Christmas music was represented with “Oh Holy Night” from the Bancroft’s Singers and “A Midnight Clear” sung by the Junior Choir.

During the concert, Mrs Whitbread paid tribute to our 25 visiting music teachers who, by teaching over 400 hours of music a week, are crucial in nurturing the musical talent within Bancroft’s.  A special presentation was made to Debbie MIttell who has been teaching saxophone and clarinet at Bancroft’s for 19 years!

The whole concert was a tribute to the hard work and talents of pupils and music staff alike. 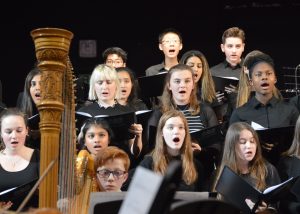 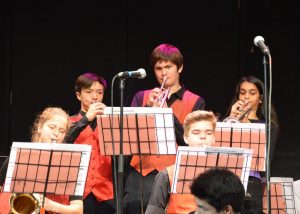 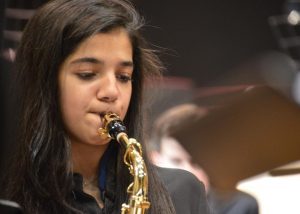 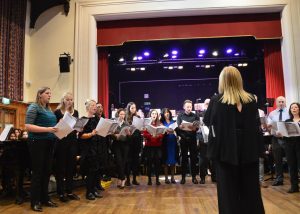