In the labs the children got to work on various projects.  They created  necklaces containing a sample of their own DNA  which they then proudly wore (biology).  Under Mr Prole’s supervision, they made and then launched rockets across the field (physics).  Mr Choy’s Hogwarts inspired Chemistry demonstration introduced them to the world of chemical reactions.

As usual, the L6 scientists had worked hard to produce a variety of entertaining and informative stalls on the theme of “Change” in the Great Hall.  The visitors were engrossed as the Bancroftians explained some quite complex ideas.  In particular, they enjoyed all stalls which had an interactive element.  Our visiting judge, Dr Liz Swinbank of the University of York and formally of the UYSEG (science education group), chose these stalls as top four:

She named Viscosity as the overall winner.  In the visitors’ vote, Invisibility was named as the most popular stall.

The children left the Science Fair excited to share their new found scientific knowledge and experiences with their friends and teachers.  At least one visitor was so inspired that she said she wanted to become a science teacher!

Well done to  your students who were a credit to the school. Their stands were very informative and engaged our pupils throughout. Their knowledge was invaluable and the teaching was tailored to their needs. 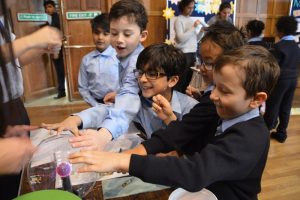 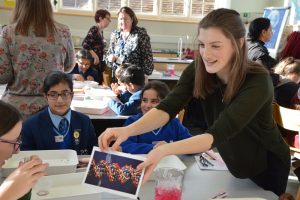 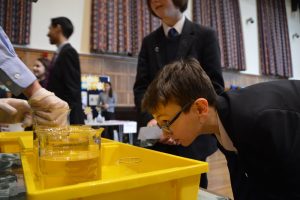 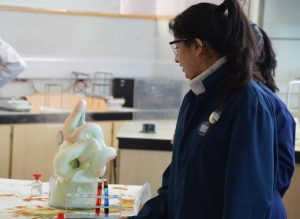