Seventeen offers have been made from Cambridge Colleges and eight from Oxford.  Courses are wide ranging with offers to read, amongst other subjects, English, Maths, Economics, History, Geography and Sciences.  This year, however, Engineering is particularly well represented with seven offers and five students have received offers to read Medicine.  Such places are highly oversubscribed and increasingly competitive.  These talented students will have faced a tough selection process consisting of pre-tests, as well as intensive scrutiny of their academic achievements and rigorous interviews.   All places are conditional on the students’ A Level results this summer.

As a year group this is one of the most successful we have seen for a long while and they achieved stellar results in their GCSEs in 2015.  The School hoped for good things from them, but this number of Oxbridge offers exceeded expectations.  Such success is not achieved without a good deal of hard work from the pupils as well as hours of dedicated support and encouragement from their teachers, who have provided guidance, extra tuition and interview practice over the past months.

This is an exceptional achievement and we are delighted that so many of our applicants have received due reward for all their hard work and dedication. This is a year-group that aimed high from year 7 onwards and the success of these pupils is built on the hard work and cooperation of the whole year-group

In addition to our continued Oxbridge success, Bancroft’s has a strong tradition of its pupils attending the top research universities in the country.  Over the past five year period, over three-quarters of Bancroftians who have left the School to go to university have taken up places at Russell Group institutions.  Judging from the offers received so far, it would appear that the current Upper Sixth will carry on this tradition. 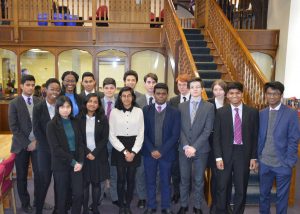 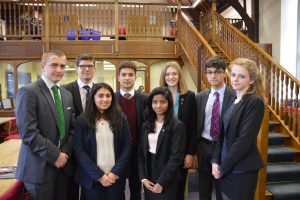