The U19s had a superb tournament. They came 2nd in their group to top school and our old netballing adversaries Barking Abbey.  Both Bancroft’s and Barking Abbey won five of their six games and drew to each other in a thrilling game (6-6), meaning they finished on level points.  Barking Abbey took the top spot on goal difference. We won against Robert Clack (18-2), Campion (13-5), Cooper’s Coborn (10-6), Trinity (8-3) and Forest (15-8). The Players’ Player of the Tournament was Caroline Hubbard. All the girls received Coach’s Player as they played exceedingly well and really impressed. They are very much looking forward to what the Regional Round has in store for them in January!

The U14s won four out of their five matches. They won 8-5 against Robert Clack, 10-1 against Sydney Russell, 6-3 against Harris Academy and 9-2 against Redden court. They unfortunately lost to Forest (5-3), but this proved to be a very tough match for them. Nonetheless, they made it through as runners up to the next round of National Schools.

The U16s had a tougher day. Their wins against Eastbury (9-6) and Sacred Heart (10-7) left them third in their age group. They sadly lost against Redden court (10-8) and against Forest (9-7). They all played extremely well especially as they have not had all the U16 netballers train together since the beginning of the term. However, they still have the Essex cup competition to look forward to. 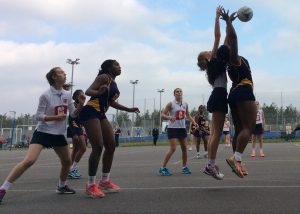 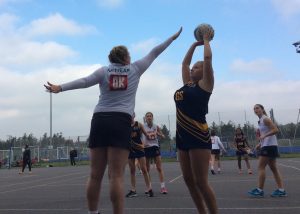