Having made their way through the Redbridge Borough Round of this year’s National Schools Netball Tournament, all three age groups from Bancroft’s were in action again on Sunday 16 October at Redbridge Sports Centre for the County (Essex Met) Round.

The U19s had a fantastic day, winning four of their five matches.  They were defeated by Barking Abbey, whose past record in this tournament is fantastic.  The girls finished as runners up and now proceed to the Regional Finals.  The whole team played tremendously well, but special mention must go to Olivia O’Brien and Tamika Quartey. 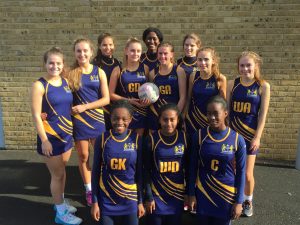