They headed off en masse, accompanied by Junior House Staff, Tutors, the Rev Moore Mr Argyle and others, to Debden House Campsite for two days and nights of fun.  The first task was to pitch tents, and already competition was high amongst the House teams.  The pupils took responsibility for their own dinner that evening with burgers cooked over barbecues. Thankfully, Mr Barnard from our catering team was on hand to advise that well done rather than rare was the best option to avoid any problems.

Although the two days had been very carefully planned, the facts that it gets light very early and tents do not have blackout blinds were not taken into account.  Without their phones to let them know the real time, the Removes were up and ready to go far too early in the morning.  On Thursday they were joined at camp by their Tutors. The highlight and main activity on Thursday was time working on a series of team building and problem-solving exercises courtesy of the Problem Solving Company. Another chance for them to win points for their teams.

Dinner was courtesy of the PA: pizzas all round which were greeted with enthusiasm.  During dinner the weather, which had been generally fine, broke a little causing the Removes to scurry into one of the big marquees on the site to avoid soggy pizza.  Thankfully a little more sleep was had on the second night under canvas.

After the tents had been struck and the camp cleared, groups got together to work out the best way to hike through Epping Forest  back to school from the campsite: some stopping for well-deserved ice creams on their way. It was a tiring couple of days but all agreed that it had been worth the wait. 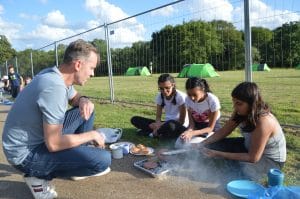 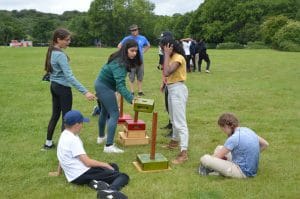 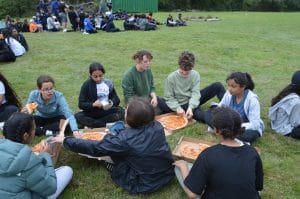 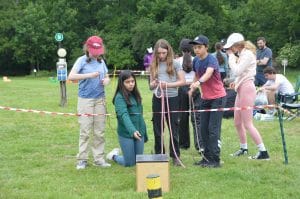