Science Museum Shows at the Prep

Our Prep 1s and Prep 2s found out the answers to these questions and many more during an entertaining and informative presentation “Feel the Force” by Alex from London’s awesome Science Museum.  The visit was arranged by Miss Ellery as part of British Science week.  Alex, one of the Science Museum’s Outreach team, demonstrated some of the forces which shape our world and used humour and fun to introduce Isaac Newton’s first and third laws of motion.  Amidst much excitement, Alex launched Phil the Frog into space (well, the Prep School Hall) atop an empty Pringles carton.  Ice cream was created in seconds using three ingredients – cream, chocolate flavouring and liquid nitrogen!  Sadly, only Alex was lucky enough to get to taste this.  Poor Gerald the jelly baby suffered a sad fate when he was bathed in potassium chlorate and burnt alive to demonstrate how much energy is in the sweet.  It was time for fingers in the ears when Alex ignited balloons filled with hydrogen: the resulting flames and loud pops showing the gas’ flammability.  As for the cloud, this was also created using liquid nitrogen.  Everyone was eager to touch and we all agreed that it felt exactly as we had imagined a cloud to feel like!

The Betas didn’t miss out on the fun as they were treated to a dynamic and interactive presentation of The Bubble Show an amazing spectacle featuring bubbles of all sizes.

This was an incredibly popular visit with the children describing the experiments which they had witnessed as “cool”.  Tom, Alec and Yusuf of 1TP couldn’t decide which experiment they had most enjoyed, but they all declared the show to be “better than having an English lesson.” 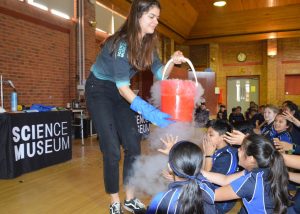 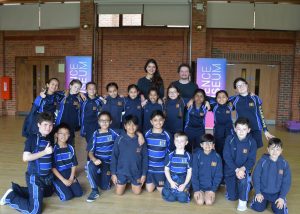 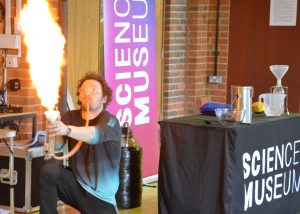 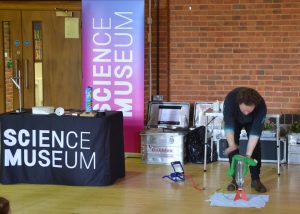