In October 2016, 3,000 of the top UK female mathematicians from years 11-13 took part in the Mathematical Olympiad for Girls. This is a very challenging competition where students face three hours of the hardest problems in mathematics. Six students from Bancroft’s took part: Daffodil Dhayaa (L6), Soumya Krishna Kumar (5th Form), Oviya Kumanan (U6), Lana Mawlood (L6), Lily Meech (L6), and Himaani Yogendran (5th Form). All of the girls scored well, achieving scores above the average for the competition, with Soumya, Daffodil and Oviya achieving highly sought after Distinctions. 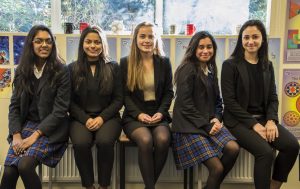 In November 2016, the annual UKMT Senior Mathematics Challenge took place. Over 100,000 students from all over the UK and beyond did battle with an extremely demanding set of problems. Eighty seven of our students in the top three years chose to take up the challenge and all of them achieved a Gold, Silver or Bronze award, with twenty four of them coming in the top 10% and achieving a Gold award. Special mention must go to Sayon Uthayakumar who scored an impressive full marks in the competition. Well done to everyone who took part and who, without exception, came away with a certificate.

Of the 100,000 students who enter the challenge 1,000 are invited to take part in the British Maths Olympiad Round 1. Congratulations to Sayon Uthaykumar, Arun Soor, Ilalya Prabhakar and Matthew Davies (U6), Dharshan Balasirishwaron, (L6) and Himaani Yogendran and Soumya Krishna Kumar (5th Form) who all qualified for this prestigious round. Particular mention must go to Dharshan who scored highly enough to go on to the last and final round of the competition where the top 500 mathematicians in the UK challenge themselves against the most demanding problems. 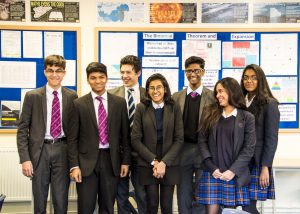