Showstopper is an Oliver award winning improvisation group, which regularly appears at the Edinburgh Fringe and also in London’s West End.  Their premise is simple: they create a musical based on suggested locations and musical styles thrown at them from the audience, be it an airport terminal with a heavy rock soundtrack, or a Yorkshire coal mine in the style of Rogers and Hammerstein.  The results are unpredictable and hilarious.

The performers worked with the pupils, most of whom had limited improvisation experience.  Through a series of exercises and games the pupils developed self-confidence, trust in each other and the speed of reactions.  It was clear that as the session progressed the pupils became braver and more willing to experiment with their ideas.  They moved on from simple improvisation of one or two lines sung around a theme, such as food or holidays, to starting to work on longer more developed piece within a given setting.

Helen Gartland, Head of English, described the workshop as “fantastic fun – we saw some brilliant action.”  The pupils who had originally said that they expected the afternoon to produce “something fun and something magical” were no less enthusiastic, clamouring for the opportunity to do it again.

we all really enjoyed the workshop today and were wondering if this is the kind of thing that could happen again?  the setting is always different and the people would be too!  The improvisation was definitely helpful for things such as our GCSE devised pieces. 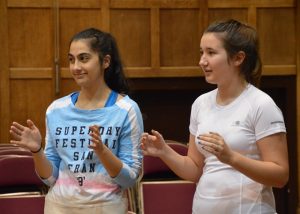 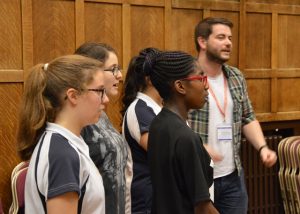 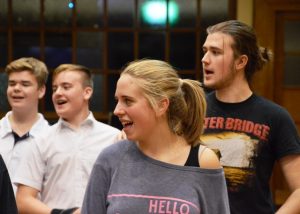