They travelled to Reading Hockey Club as both the Essex and East Regional Champions, to face the champions and runners up from the other four English regions: North, Midlands, West and South.  Initially, they had four pool games of 12 minutes each way with a 3 minute half time.  A pattern emerged in their first three games against Maynard School, Hymers College and King Edward’s, Lichfield which all saw Bancroft’s with 2-0 wins.  Bancroft’s scorers were England U16 player Grace O’Malley Kumar and Eleanor Channer.

At this point Bancroft’s led their pool with a total of 9 points, but they knew they could not afford complacency.  In their last pool match they faced St Mary’s Ascot, the South champions.  Bancroft’s were in the position of having already played three games, with relatively short breaks.  St Mary’s had only played two and had had an hour to recover from their previous fixture.  It was clear from the offset that St Mary’s were the fresher team; the Bancroft’s girls were visibly tired.  A first half goal from St Mary’s was answered almost immediately with an equaliser from Grace O’Malley Kumar.  In the second half, however, St Mary’s managed two more goals giving Bancroft’s their first defeat of the day.

Having played all their games, the girls knew that they were in a good position to reach the final but technically other teams who still had to complete their pool matches could have at least equalised.  It was a relief when the England Hockey website showed Bancroft’s as finalists.  Then the long wait began.  The final was not due to take place until 5.50pm, giving time to refuel, regroup, relax a little and even grab a quick power nap.

In the final, the girls faced Wells Cathedral School, the West champions, who had won all their pool matches without conceding a single goal and having scored 12.  This wasn’t going to be an easy match for Bancroft’s and, as expected, it proved a hard fought final. The Bancroft’s girls kept up the pressure throughout and were tenacious, particularly in defence.  At half time, honours were equal and remained so until almost the close of play when, with two minutes left on the clock, the Wells Cathedral forwards broke through to hit the net.  Time was against Bancroft’s and they finished in silver medal position.

Naturally, the girls were disappointed but they should be proud of all they have achieved this year: it was a great performance, displaying a strong sense of team spirit throughout.  This is a relatively young team: four of the players are in the Fifth Form and so there is a strong nucleus on which to build for next year.

Head Simon Marshall said the team, “put in a superb performance throughout; they played with wonderful team spirit. I think it is also important to recognise the hard work and dedication they have shown to reach this tournament as well as the commitment and belief of their coaches, Mr Webster and Mrs Fryer-Green, and the support from Mr Eghoyan.”  A final thanks goes to the parents who have supported the girls, not just on Tuesday but throughout the season.

I have worked with these girls since they were 11 years old. First and foremost they have become a great bunch of friends who support each other and understand what it means to be part of a team. They are outstanding role models for younger pupils here at School and to have so many supporters at the Finals was really special.

The team were outstanding on the day, I cannot fault their effort or attitude. It was a very special moment that I was proud to be part of. The bar has been set for next year and already I’m thinking how we can best prepare ourselves for more success. 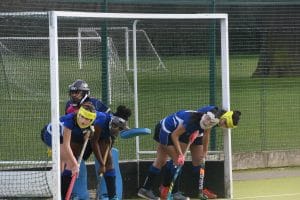 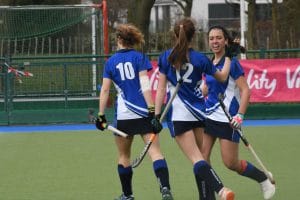 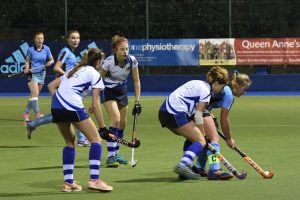