Taal – You Can’t Stop The Beat

Led by an elected pupils committee, the cast worked incredibly hard to produce this year’s Taal.  Anjali Tohani, one of this year’s Taal’s Presidents and one of its choreographers, said, “‘For me Taal has been the most amazing journey. I don’t think we realised how many challenges we would face but these challenges made it all even more rewarding. The Taal community truly became a second family to me. I am so honoured I had the chance to be part of the amazing team we became’.”

Taal is a major fund raiser for charities. This year it supported three charities which had been chosen for personal reasons by the pupils: The Anderson School for Autism in Chigwell.  Dementia UK and Veerayatan in India.  Veerayatan has transformed the lives of thousands of underprivileged children and has also supported rehabilitation and emergency relief programmes in the wake of natural calamities.  Closer to home, the Anderson School seeks to give young people with autism the best possible opportunities for their future.  This year Taal raised an incredible £25,000 (twenty five thousand pounds) to support these three very worthwhile causes.

The Saturday night’s performance, which was preceded by an Indian meal prepared by the Bancroft’s catering team, saw Councillor Zulfiqar Hussain, Mayor of Redbridge in attendance who enthused about the evening. Head, Mr Simon Marshall, thanked the members for the U6 Taal Committee who have worked so hard on this year’s production which he described as “a fantastic celebration.”

There were definitely challenges but it was all worth it and we are delighted that our chosen charities are able to benefit from the money we raised. 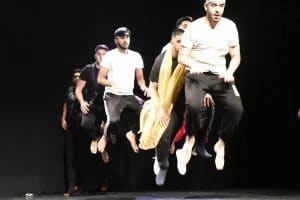 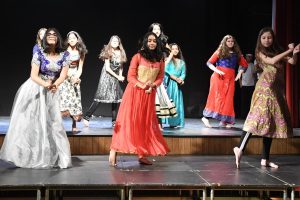 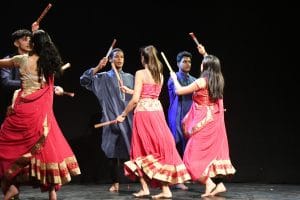 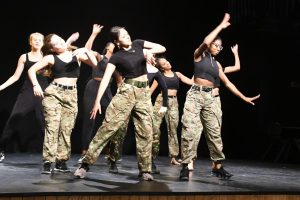