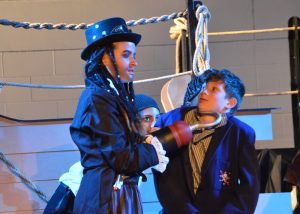 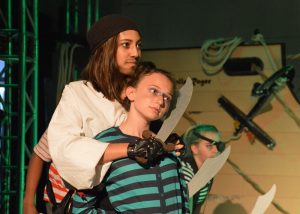 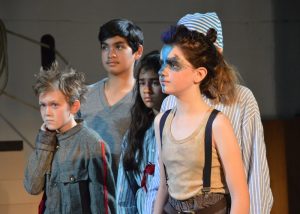 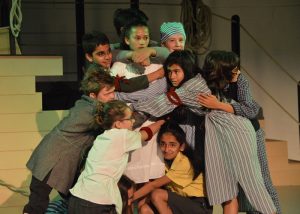 Ella Hickson retains many familiar elements from J M Barrie’s Peter Pan: the flight to Neverland from the nursery; Hook’s feud with the crocodile; even the audience being called upon to revive a dying Tinkerbelle by demonstrating their belief in fairies; but it also gives a real 21st century slant to the story.  Hickson’s new retelling of the story places Wendy (Jaya) firmly in the centre of the action.  She leaves behind the girl conforming to society’s stereotypes to develop into a determined young woman who knows her own mind and rejects the role Peter assigns to her as “mother” of the Lost Boys.  Together with a TOWIE-esq Tinkerbelle (Georgia) and the feisty Tiger Lily (Isabella), Wendy demonstrates real “girl power” by defeating Hook.  Lucy gave a mature and nuanced performance as a disturbingly creepy Hook, while Josie, as Peter, clearly revelled in her opportunities to fly.  Jaya was well supported by Olly as John Darling, who conforms to the Edwardian expectations for his gender, and Dylan as a questioning Michael.

As we have come to expect from Bancroft’s drama, this production showed true company spirit with the cast demonstrating tight ensemble playing particularly among the Lost Boys and Hook’s pirate crew.  Mr Aron Whitbread, together with his team,  should be commended on the fantastic pirate ship which was an evocative background to most of the action.  Congratulations to all those involved, including the hardworking backstage crew and those members of staff who assisted in the flying scenes.  All elements seamlessly combined to make a truly magical show. 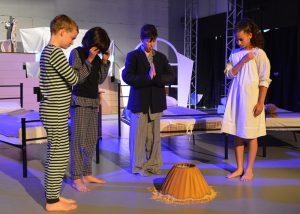 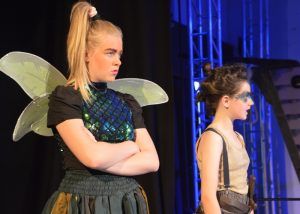